I'm not even ashamed to say I happy danced in response. 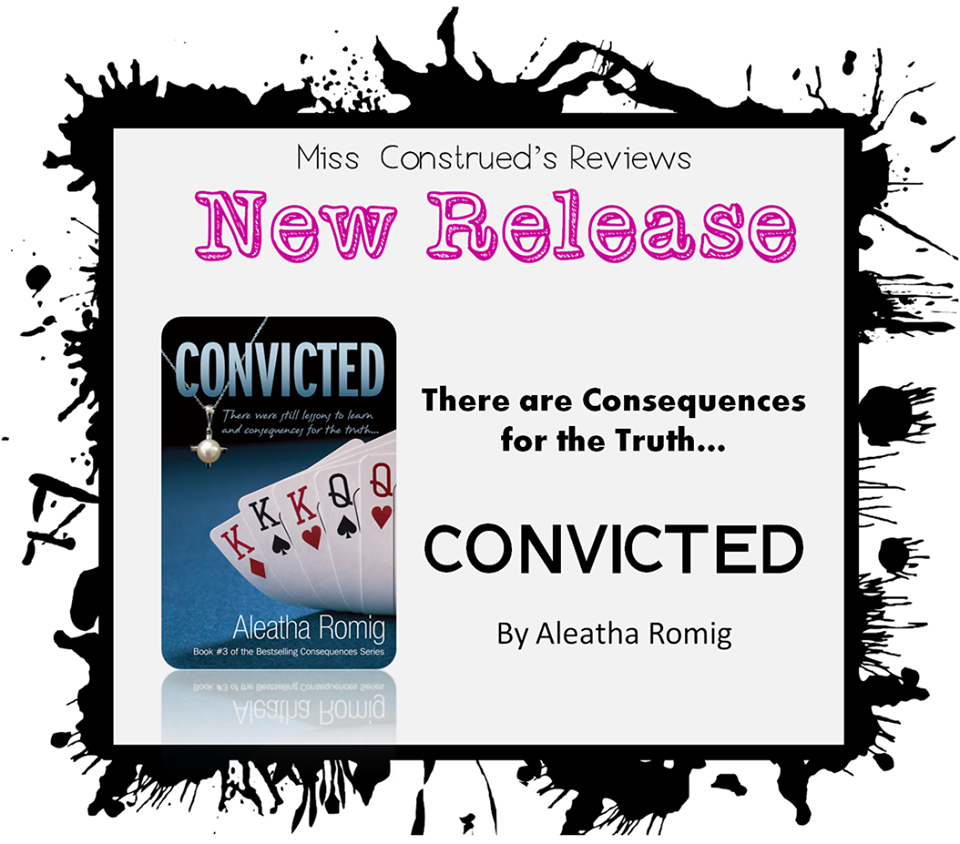 Must be read in order! 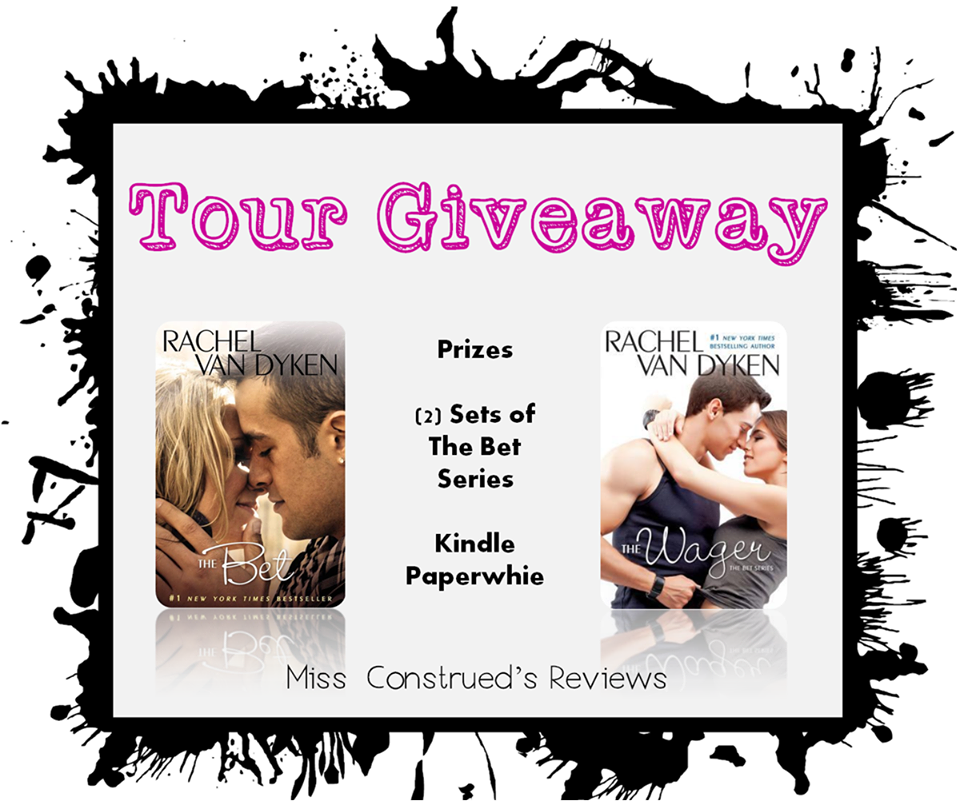 Enter to win an ebook set of The Bet Series by Rachel Van Dyken or a Kindle Paperwhite! 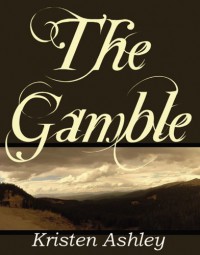 New Cover for Kristen Ashley's THE GAMBLE, the first book in The Colorado Mountain Series!

The Colorado Mountain Series takes place in two fictional Colorado towns situated close to each other, Gnaw Bone and Carnal. This series that will be eight novels follows the stories of eight connected men on their rocky road to second chances. 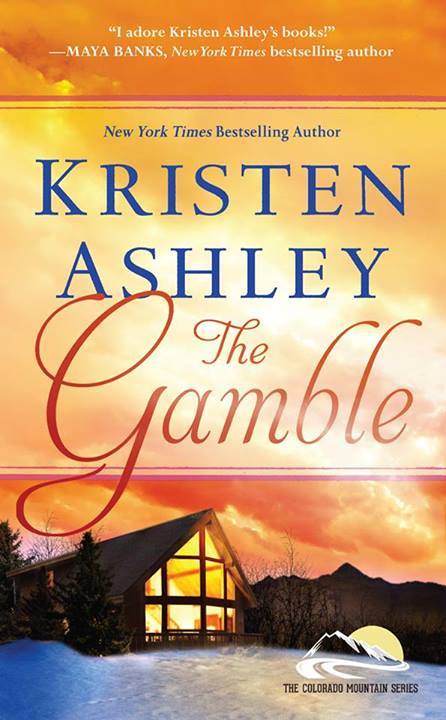 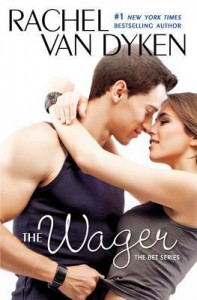 Lose a bet, lose your heart…

What is it about a junior-high crush that can send an otherwise intelligent woman into a tailspin? TV reporter Char Lynn wishes she knew. Jake Titus is too rich, too handsome, too arrogant: a trifecta that once lured Char into the best night-and worst morning-after-of her life. Now they’ve been thrown together in a wedding party. It’s awkward, but survivable . . . until Jake stops acting like a jerk, and starts acting like the man she’d always hoped he could be.

If watching your brother marry your best friend is weird, being attracted to your best friend’s other best friend is downright bizarre. Unfortunately for Jake, Char hasn’t forgotten how he once tossed her aside. Worse still, Jake’s already-nutty grandma is even crazier about Char. Cue meet-cute shenanigans and all manner of meddling, and somehow, Jake’s falling. For Char. Now all he has to do is make her believe it . .

I swear October is Book Lover’s Month, as there have been a host of amazing new book releases and sales this month and many, many more to come. I’ve got a ton of new books to tell you about in the coming weeks. I can’t wait! 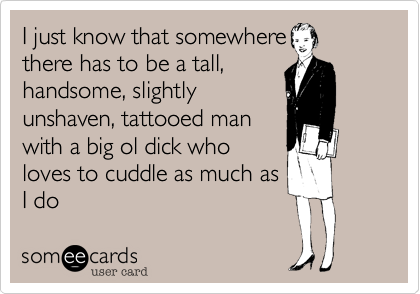 Finding Cinderella is free to pre-order in the Kindle Store 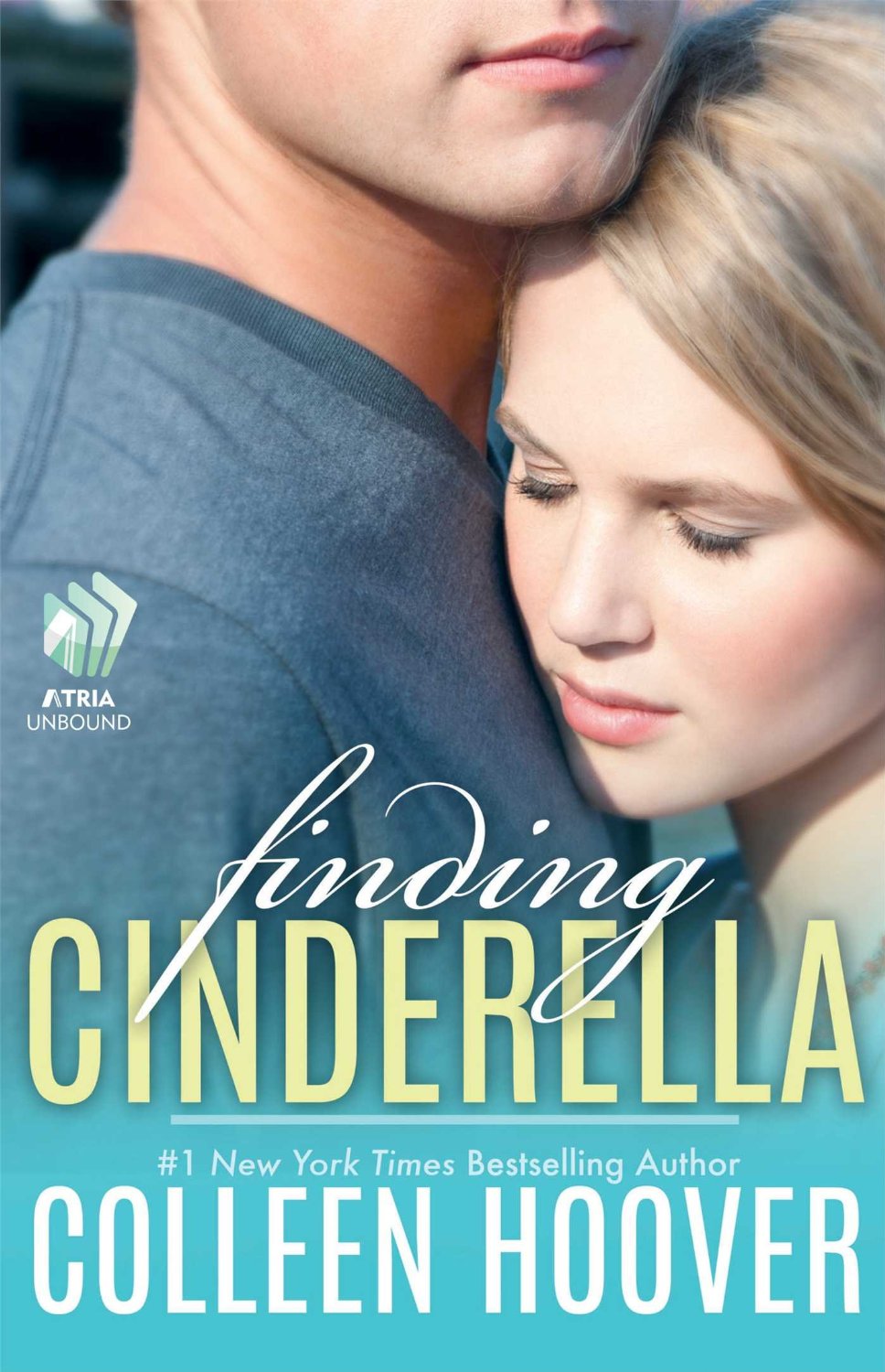 A chance encounter in the dark leads eighteen-year-old Daniel and the girl who stumbles across him to profess their love for each other. But this love comes with conditions: they agree it will only last one hour and it will only be make-believe.

When their hour is up and the girl rushes off like Cinderella, Daniel tries to convince himself that what happened between them only seemed perfect because they were pretending it was perfect. Moments like that with girls like her don’t happen outside of fairytales.

One year and one bad relationship later, his disbelief in insta-love is stripped away the day he meets Six: a girl with a strange name and an even stranger personality. Daniel soon realizes the way he pretended to feel about Cinderella and the way he really feels about Six may not be so different after all. Especially when the two loves of his life end up being one in the same.

Unfortunately for Daniel, finding Cinderella doesn't guarantee their happily ever after…it only further threatens it.

That's what I hated most about Javier, that there was always a kernel of truth to his words, a truth that made you fall for all the lies.

All of my previous conclusions about all these characters have already been reevaluated. Holy CRAP.

On one side of me was Camden McQueen, on the other was Javier Bernal. One more light than dark, one more dark than light. Both men had come for me. And both of them I had seriously underestimated.

Excuse me while I fangirl on Pam here for a minute and wax poetic about her golden fingers.  I was hooked when I read Beneath the Burn, but it was really Dead of Eve that made me a die-hard fan. Both books are dark, and Pam Godwin doesn’t play about her dark. BtB a little less so than Dead of Eve, and I think that’s why I enjoyed DoE so much. She took an apocalypse, without sugar coating it, and made me enjoy it in all of it’s aspects, even when I didn’t really want to.

SO, ahem, to get back to the point. When I heard she was coming out with the book, I held the phone, shut the front door, along with my mouth, and immediately commenced in stalkerhood of epic proportions impatiently awaiting the day when her new dark and gritty lovelies would be unleashed upon the world once again.

I’m so pleased to present you with her newest cover reveal of Deliver to be published in February of 2014. No one can write dark and make you love it like this woman. I can’t wait.

Her name is Liv, and his name is whatever she wants it to be.

She is a Deliverer.

As long as she delivers, the arrangement that protects her family will hold.

Delivering is all she knows.

The one thing she won’t deliver is a captive from slavery.

And the stubborn boy thinks he can deliver her…from herself.

Pam Godwin lives in Missouri with her husband, their two children, and a foulmouthed parrot. When she ran away, she traveled fourteen countries across five continents, attended three universities, and married the vocalist of her favorite rock band. Now, she resides in her hometown, earning her living as a portfolio research analyst, and living her yearning as a writer.

Java, tobacco, and dark romance novels are her favorite indulgences, and might be considered more unhealthy than her aversion to sleeping, eating meat, and dolls with blinking eyes. 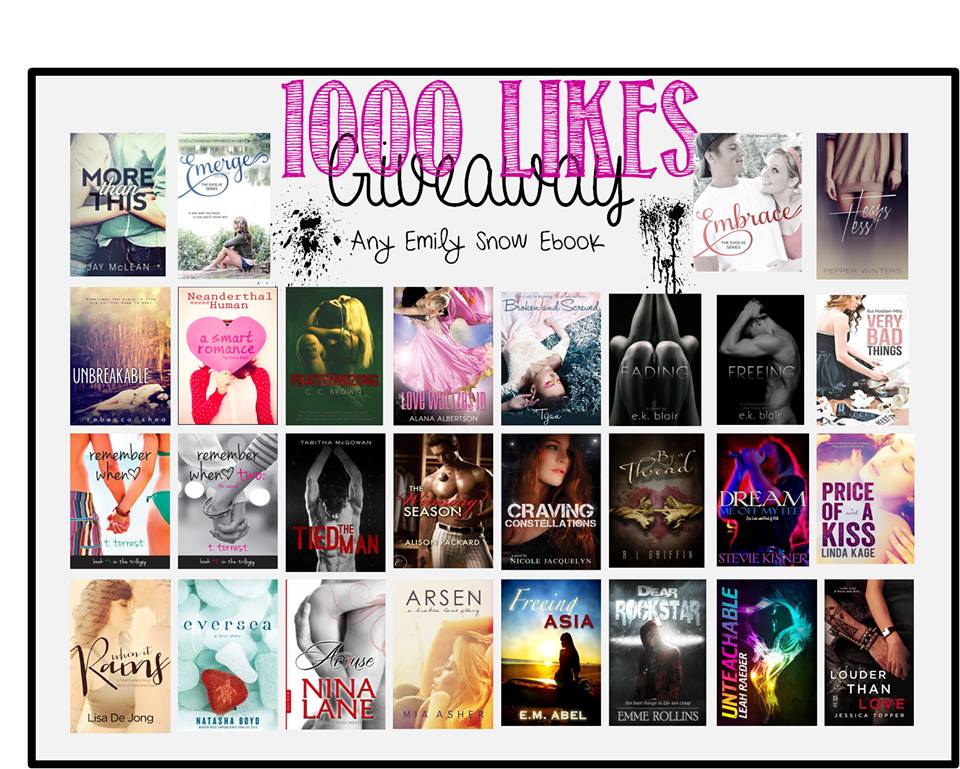 Shards of Us by KR Caverly

When this book was first introduced to me, I was ecstatic. The synopsis was unlike anything I'd ever read and I was instantly hooked, as were many other readers.

Unfortunately, the product wasn't what I expected it to be. The beginning was intriguing, but right off there were inconsistencies. I spent the majority of the plot confused, not knowing exactly what was going on and generally if a book is well executed you enjoy this 'what if' game, but that wasn't the case with Shards of Us. I was confused to the point where I didn't want to keep reading. I found myself getting so frustrated with the plot that I wanted to call it quits.

I believe with some serious editing and plot doctoring, this could be amazing. There wasn't anything that made me sympathetic to Sebastian. I've read many captor/victim stories and most have allowed a connection to the person doing the abducting. Sebastian however, never explained anything aside from vague allusions to 'people' they were running from and just said they couldn't be together. It didn't make any sense.

And Crystal, girl. No one would like that setup. Sorry.

The entire conclusion was painfully obvious the whole time and though there was a twist there, it wasn't of the good kind. It was the kind that felt like a deus ex machina. Something just to end the book.

I wanted to like this so bad. I was so excited. I hope that the author does some reworking and tries again. Wish her all the best.

Also, it would have been 10 times better if there'd been no stalking of the girl, they spent more time on the hospital set up to build up some more suspense, take away that 'I won't sleep with you' stuff and rework the whole overused parent plot line. 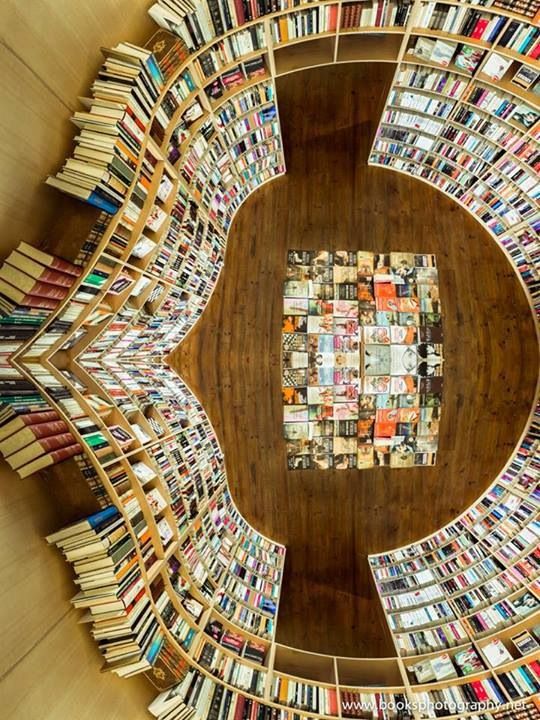 Mwahaha starting my ARC this weekend. 10 days until release! HAVE A KICK-ASS WEEKEND!!! 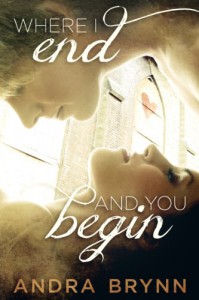 FREE! A 6-star read. MUST one-click. Where I End and You Begin by Andra Brynn

Synopsis -> In Japan, they say there's a red thread of fate that binds people who are destined to meet, regardless of time, place, or circumstance. It may tangle, it may knot, it may stretch or fray, but it will never break. It is a future as indelible as the past.

I hope that isn't true. I pity anyone destined to meet me.

For Bianca Ray, the past is always catching up, one way or another. Now in her third semester at college, it's doing it again. Too much drinking has led to plummeting grades and rising absences, putting her scholarships in peril. When she makes it clear that she needs help--all over the floor of her history class--she's given one last chance to shape up: seek therapy and bring her grades up by the end of the semester, or she's out.

Enter Catholic seminarian Daniel McGuire. The last thing Bianca wants is an aspiring priest to counsel her on how to live her life, but the handsome graduate student is different from the holy rollers she fled from at home. Gentle and unobtrusive, he helps her pick up the pieces and find a new way to live: not running from the past, but facing it head on.

But opening up her heart to release the pain means that something else can come in. As Bianca and Daniel grow closer, their relationship moves onto dangerous ground. When they finally cross the line, the fragile courage Bianca has built up threatens to fail her. Can she exorcise the ghosts of her past, or will they catch hold and drag her down where not even Daniel can reach her? 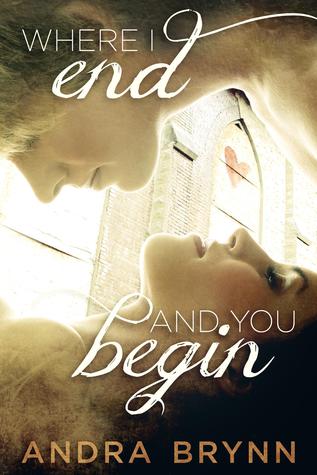